Vision:
To be the premier institution of the history of the Lake Huron region.

Mission:
The Port Huron Museum preserves and illuminates the stories of Michigan and the Great Lakes, through the lives and experiences of local people. 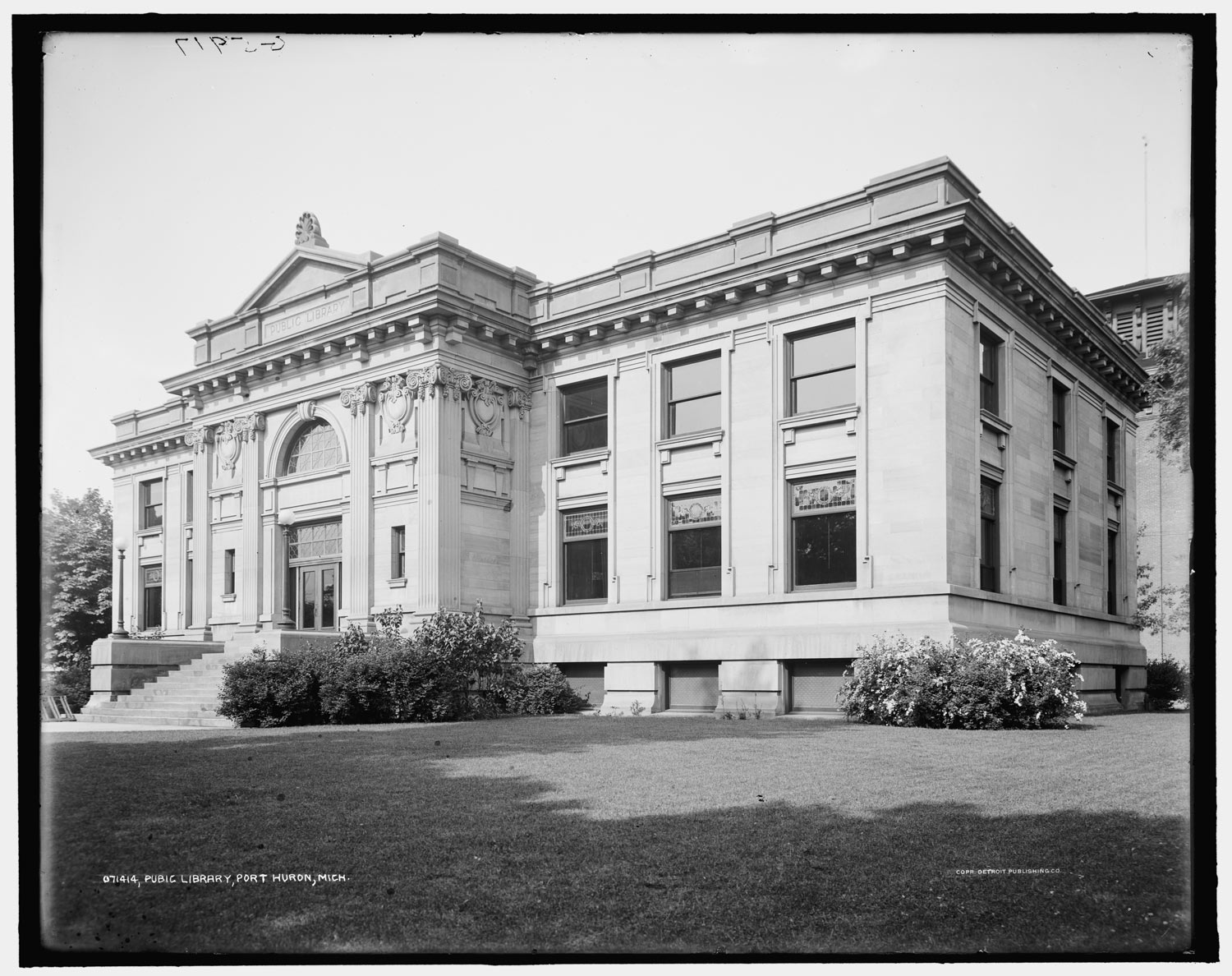 The Port Huron Museum of Arts and History was founded in 1967, and through a community-wide volunteer effort, opened its doors in 1968. Housed in an historic Carnegie Library (built in 1904), the Museum provides exhibitions and programs relating to local history, fine arts (with an emphasis on regional art), decorative arts, natural history, and Great Lakes marine lore. The Museum is the only year-round, multi-disciplinary cultural institution in Michigan’s Thumb Region (a five-county area). The Museum began as a completely volunteer-operated organization, and now employs a staff of seven full-time, three part-time, and seasonal part-time staff during the summer months. In addition to serving our own community, the Museum is recognized throughout the state of Michigan and nationally as a center for research in folk arts, archeology, and Great Lakes marine lore.

The Port Huron Museums consist of four amazing destinations all under one organizational umbrella.

In Spring of 2016, the Port Huron Museum staff welcomed an independent film crew to shoot several short features for viewing on Comcast’s “MI Destinations.” In addition to Port Huron visitor sites, they did a wide variety of places throughout the county.

These are available through Xfinity On Demand or as the below YouTube videos. Please share with friends and family for their next trip to Port Huron and come see our sites!

Below are links to the promos that feature all the segments from a YouTube page:

In 1990, the Museum opened its first off-site facility at the HURON Lightship, a National Historic Landmark now located in our nearby waterfront park.

In 2001, the Museum opened its second satellite facility, the Thomas Edison Depot Museum, to interpret the early life of Thomas Edison in Port Huron. The new museum is housed in the historic railroad station where Edison was employed, and it is based on some 19 years of archeological research sponsored by our institution.

In 2003, the Museum opened its third satellite, the US Coast Guard Cutter (Retired) BRAMBLE, which was closed to the public in 2011, due to the extraordinarily

high upkeep costs associated with a vessel of that size.

In 2010, the Museum entered into an agreement with St. Clair County Parks and Recreation to be the operating partner at the Fort Gratiot Light Station property. This 5-acre, 6 building site, including the historic 1829 tower, was closed in 2008 due to the conditions of the buildings. In 2010, the property was deeded from the National Park Service/US Coast Guard to St. Clair County. The restoration process began shortly thereafter and is expected to take approximately 25 years to complete. Museum operations of the gift shop, tours, and exhibits began in May 2012, when the site was officially reopened to the public. Work also continues on the grounds with the Fort Gratiot Post Hospital, the only remaining building of the original Fort Gratiot, and the oldest wooden structure in St. Clair County.

In 2016, the staff and supporters of the museum began the Carnegie Reimagined campaign, to raise money to renovate the Carnegie Museum. By taking down the carpeted walls in our large main galleries, exposing the windows and redoing electrical, HVAC, and flooring, the building will resemble the original Port Huron Public Library from 1904. The building reopened to the public for the 2017 season.