Cost of Admission:
Thanks to a large grant from the City of Port Huron and several corporate sponsors, all Port Huron Museum sites will be free to visit for one year, beginning April 1st, 2022. While admission to the Museums’ four sites is complimentary, there will still be a small charge for guided tours at the lighthouse and special featured exhibits such as Discovery City. Group tours must book in advance by calling (810) 982-0891, ext. 118. Tours are first come, first served with maximum capacities for fire code being strictly adhered to.

Unfortunately, due to the nature of historic ships, the HURON is not wheelchair accessible. 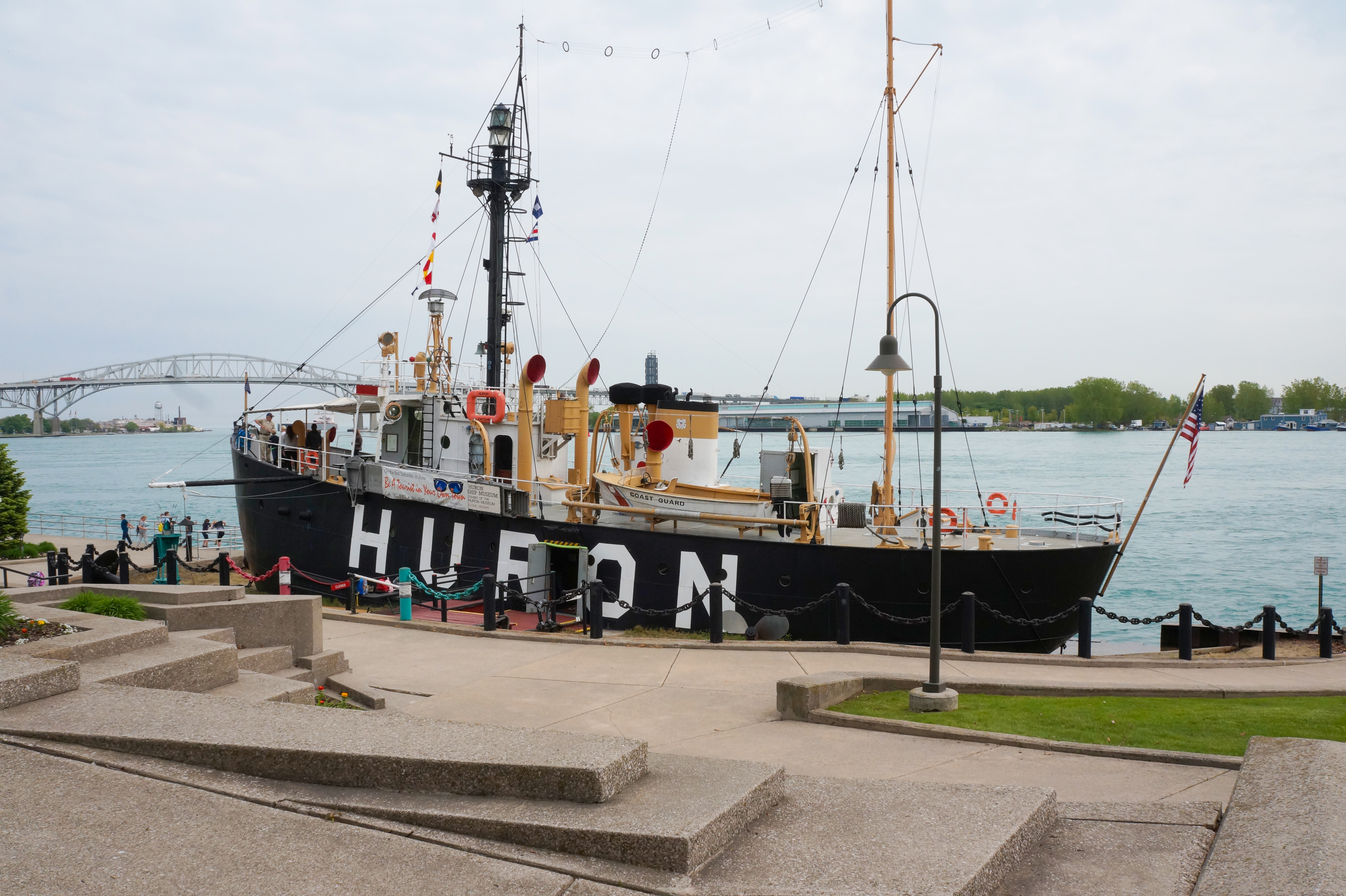 Lightships are floating lighthouses that are anchored in areas where it was too deep, expensive, or impractical to construct a lighthouse. Lightships displayed a light at the top of a mast and, in areas of fog, also sounded a fog signal and radio beacon. The fog signals used over the years consisted of bells, whistles, trumpets, sirens, and horns. Early fog horns were powered by steam and later by air compressors. The HURON Lightship sounded her fog horn signal in 3 second blasts every 30 seconds and was known locally as “Old B.O.” because of the familiar sound her horn made.

The HURON Lightship was the last operating lightship on the Great Lakes, and served for over 50 years when she was retired in 1970.  For 36 of those years, she was stationed at Corsica Shoals, a sandy area 6 miles north of Port Huron.  She was permanently moored in sand, along the banks of the St. Clair River in scenic Pine Grove Park, Port Huron, MI.  There is an extensive collection of artifacts, including many model ships, as well as a live camera feed of the bottom of the river, taken off a camera positioned at the bow.  It was dedicated in 1990 as a National Historic Landmark. 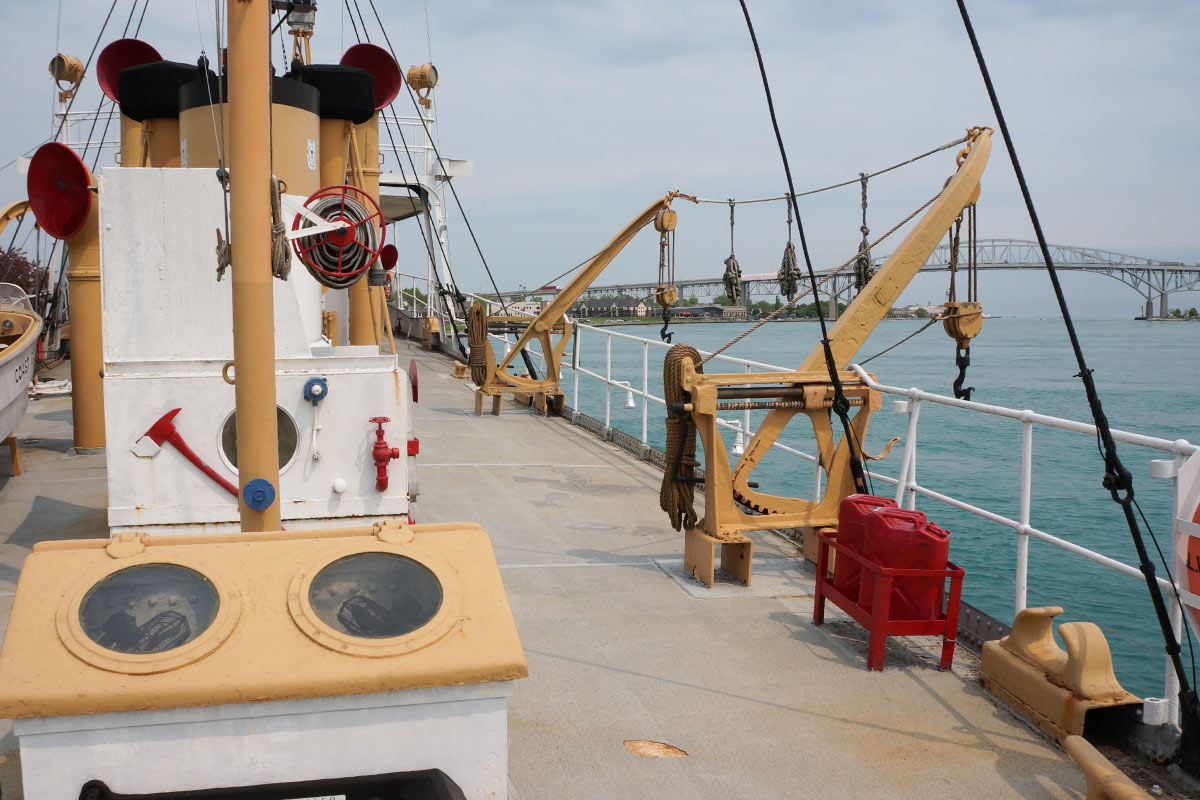 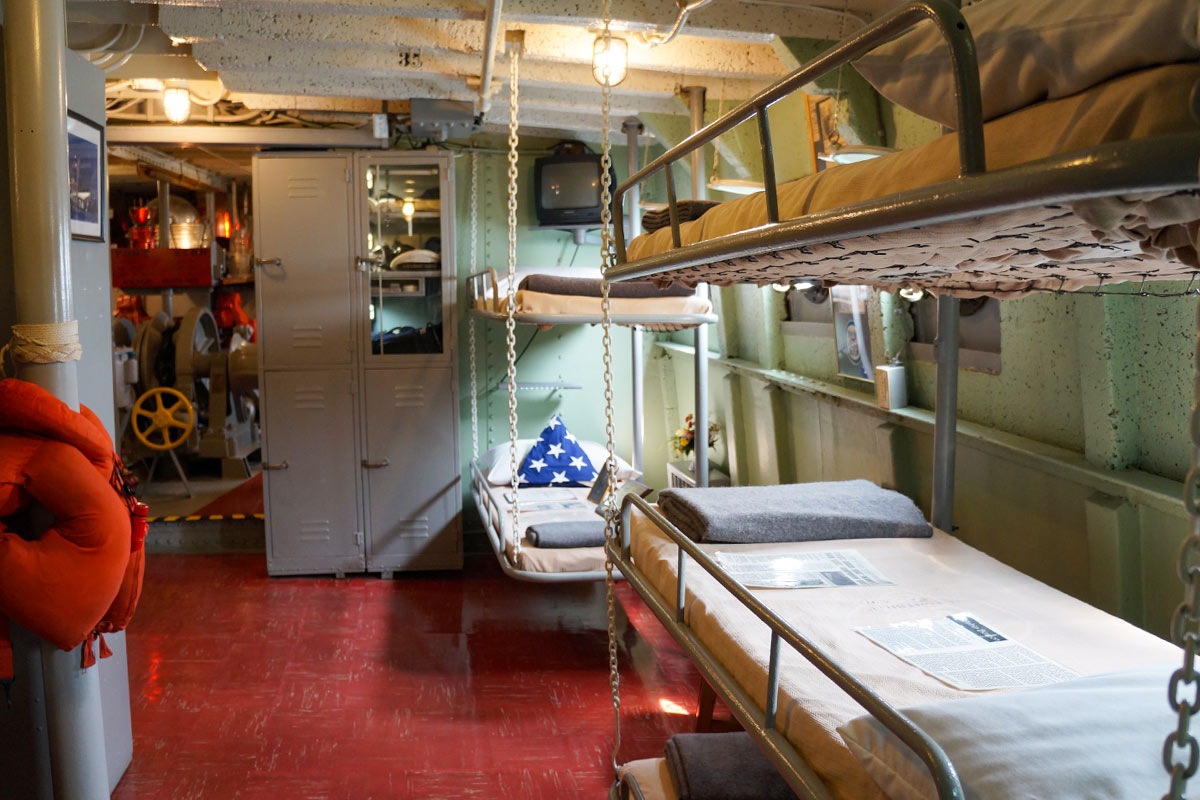 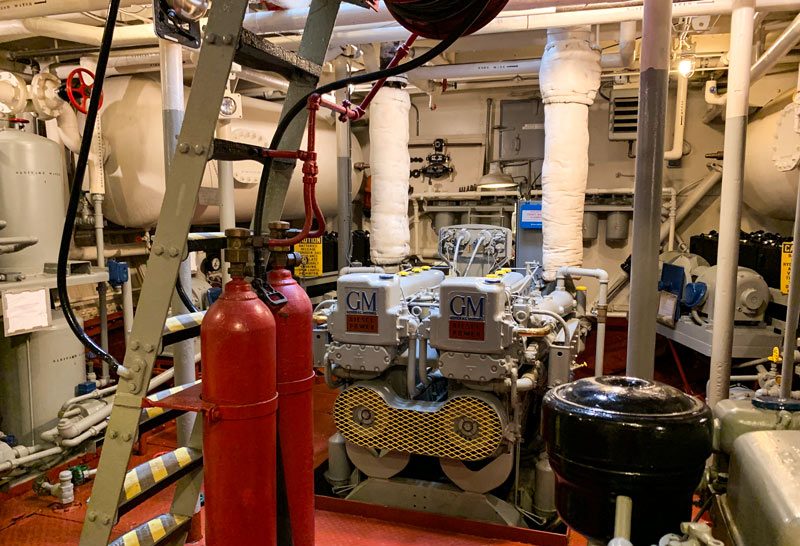 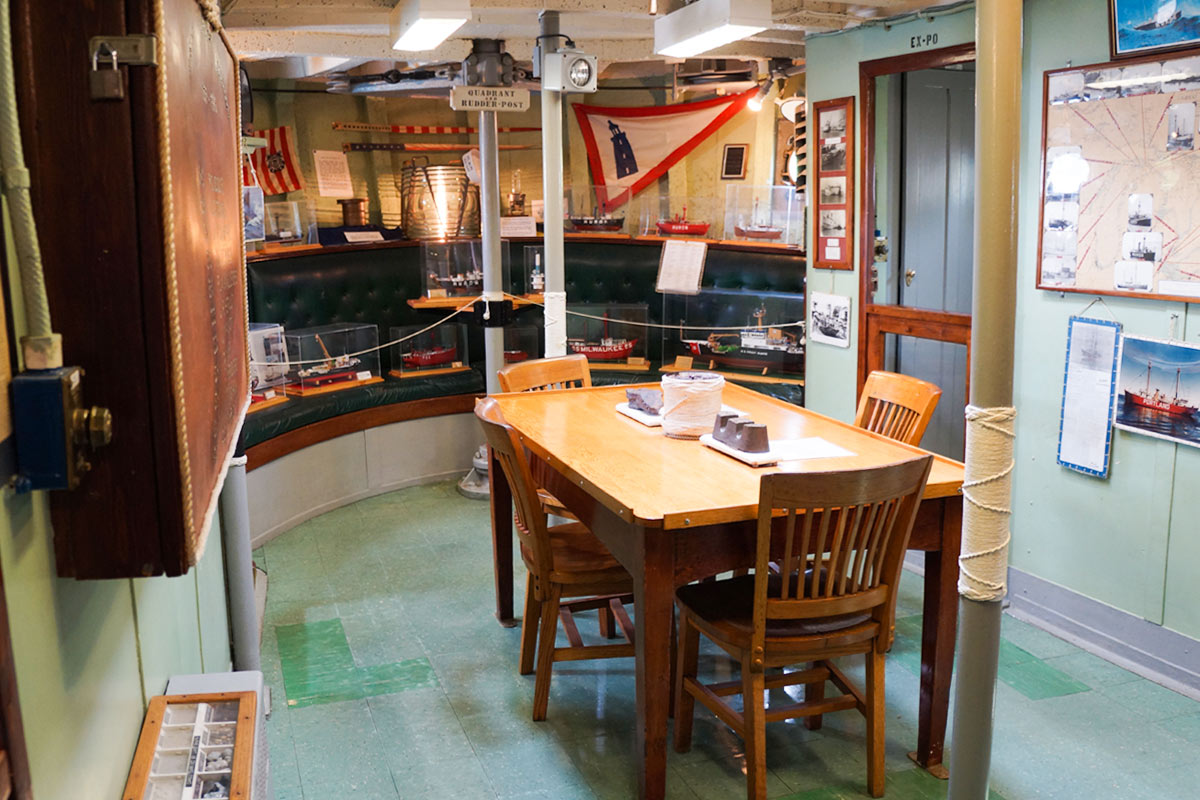