Tours typically leave on the hour and half hour marks at this site. Last tour leaves 1 hour before close. Please call (810) 216-6923 to confirm the day’s schedule. Tickets for each tour are limited and sold first come, first serve.

Fort Gratiot was built in 1814 during the War of 1812 to guard the juncture of the St. Clair River and Lake Huron. Named after the engineer who supervised construction, Charles Gratiot, Fort Gratiot would be occupied on and off  by the United States Army until 1879.  With a surge of vessel traffic on Lake Huron in the early 1800s, the need for a Light Station to guide vessels through the water way became very important.

In 1823 Congress approved the funds to build the first lighthouse in Michigan and the second oldest on the Great Lakes. 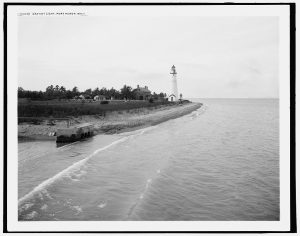 FORT GRATIOT LIGHT, ca. 1900 Courtesy of the Library of Congress

The first lighthouse in this area was built in 1825 and was located approximately where the first Blue Water Bridge stands. Along with the poor design and construction, the original tower was built in a bad location. During a severe storm in 1828 it collapsed into the river. In 1829, a new lighthouse was built north of the military fort by Lucius Lyon, who later became one of Michigan’s first U.S. Senators. The new location made it easier for ships to spot as they entered the rapids at the head of the St. Clair River.

Originally sixty-five feet high, the white painted brick tower was extended to its present height of eighty-two feet in the early 1860s.

Today, a Coast Guard station and our lighthouse watch over one of the busiest waterways in the world.

Weather permitting, the Fort Gratiot Light Station is one of the few operating lighthouses that allow visitors to climb the tower and step out onto the catwalk for a breathtaking view.  From the gallery, visitors can view the Blue Water Bridge, the mouth of the St. Clair River, Point Edward, Ontario and Lake Huron to the north. 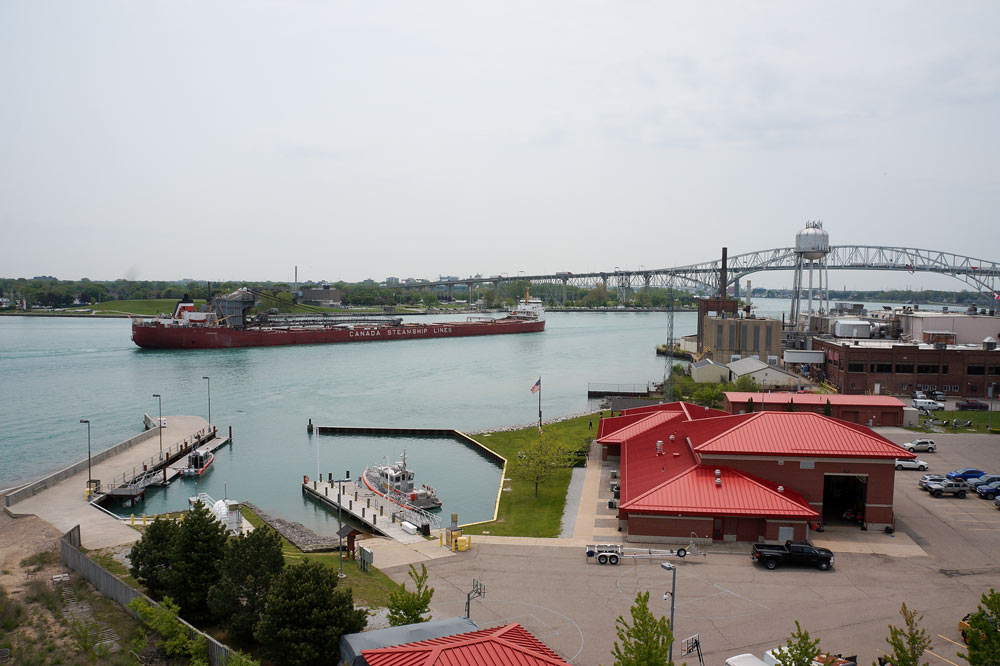 View from the gallery of the Fort Gratiot Light

Looking for our online store? Click here to see our current selection of online merchandise. Be sure to visit our store in person to see our wide selection of nautical, Port Huron, and Michigan themed items! 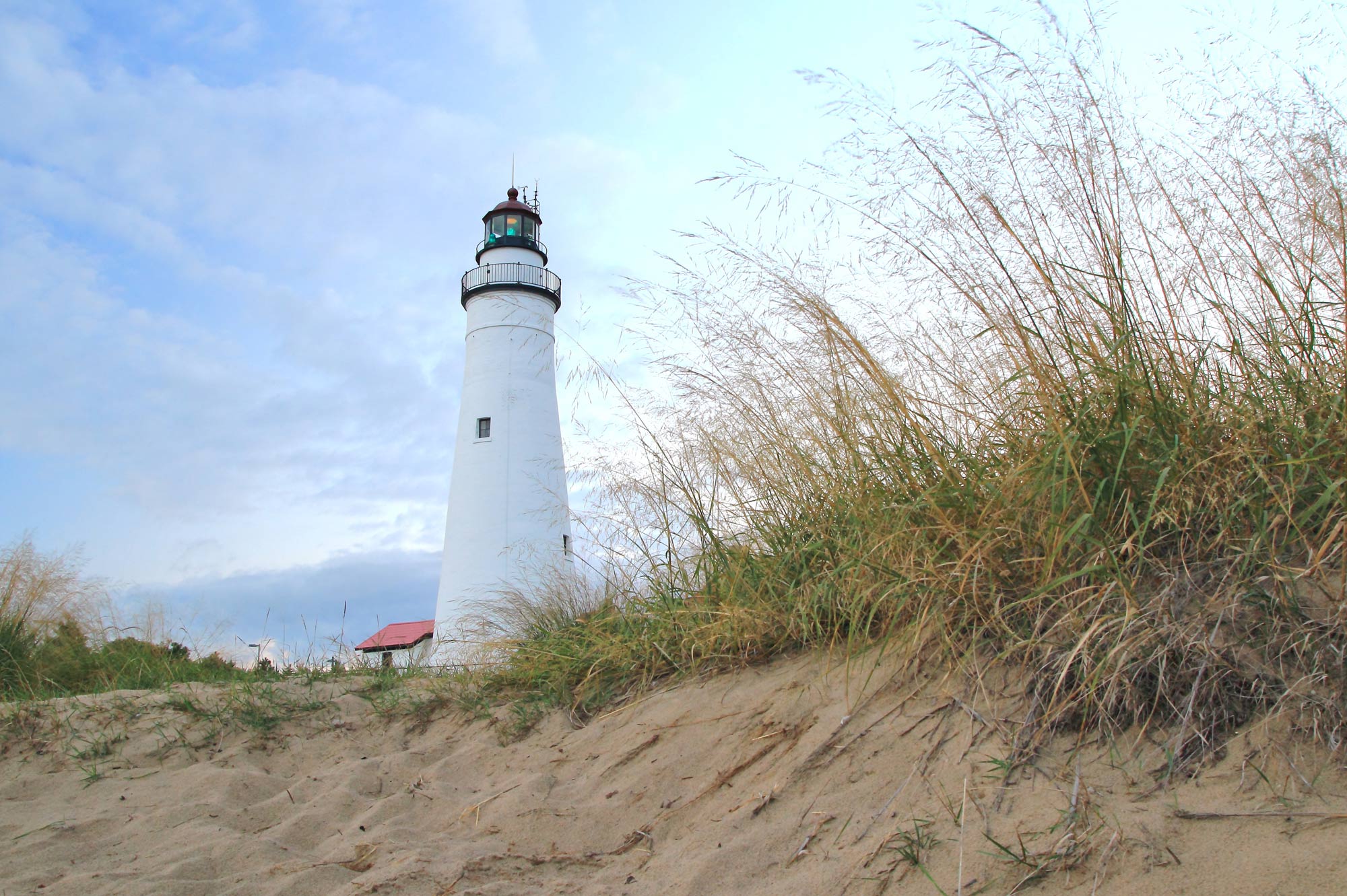 Did you know that you can climb to the top of the Fort Gratiot Lighthouse? 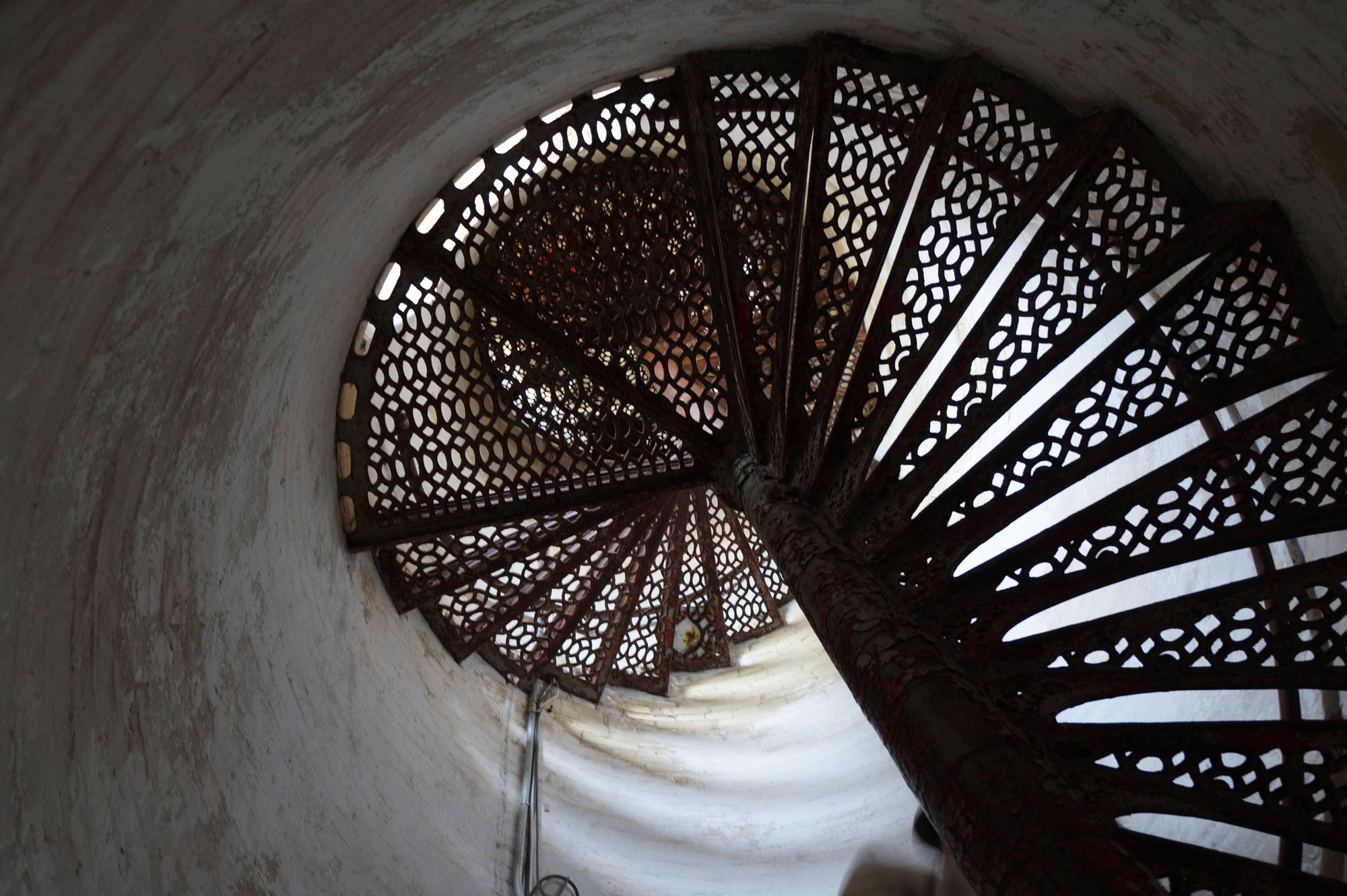 94 iron stairs lead to the top of the lighthouse, giving those willing to make the climb an amazing vantage point! 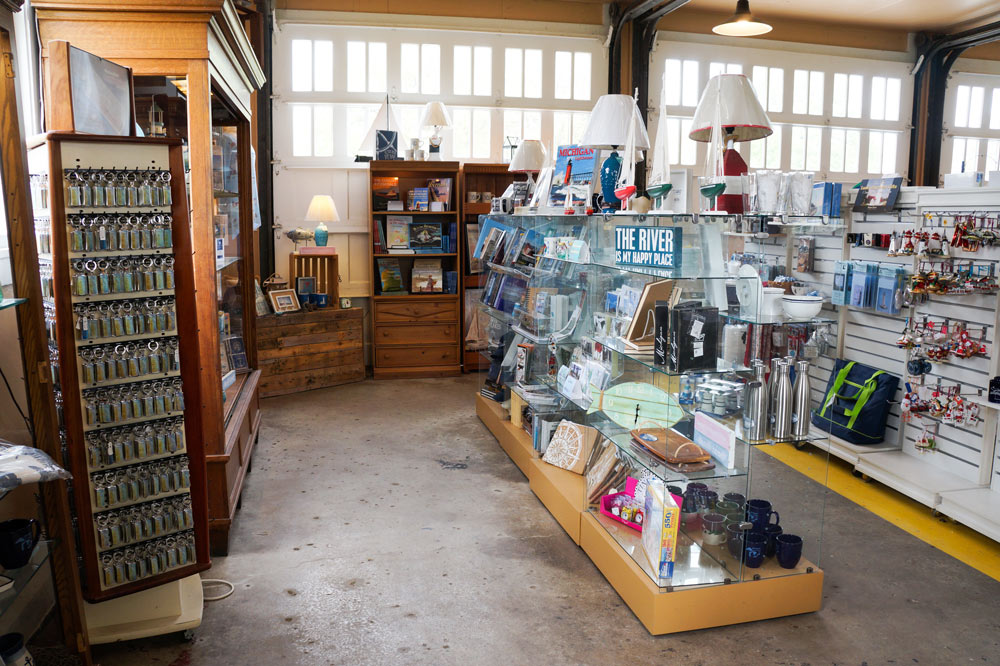 Visit our Museum Store located in the renovated equipment garage 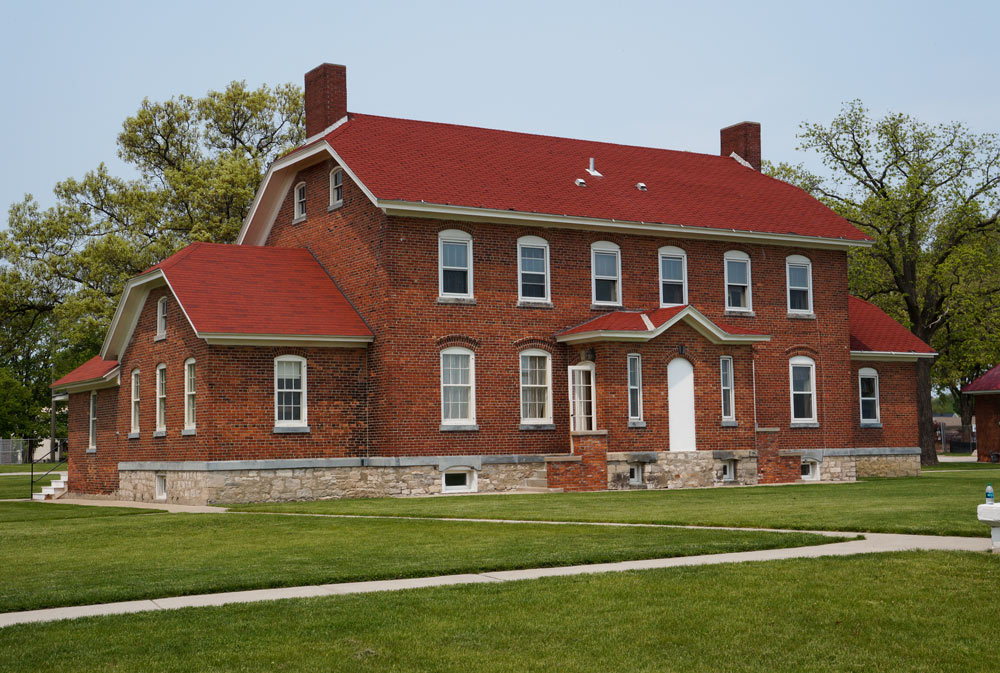 Click here for more information on the on-going renovations of the Keeper's Dwelling and Light Station grounds!