Fort Gratiot was first built in 1814 along the St. Clair River as a strategic military reservation, charged with defending the St. Clair River and Lake Huron during the War of 1812. The original fort was on the location that is now the Michigan Culinary Institute, and included parcels to the south and west. Briefly vacated and then rebuilt in the 1820s, Fort Gratiot also served as a training facility for soldiers destined to fight the Civil War, with several of its regiments going on to serve with distinction.

It was during the second phase of fortification that wooden structures, like the Officer's Quarters and Post Hostpiral were built. These structures were moved several times within the confines of the fort boundaries, finally resting in the western corner of the reservation. When the fort was abandoned in 1879, the structure was split into two separate residences, and moved to what is now St. Clair Street, immediately behind (west) of the current Blue Water Convention Center/Hilton property.

In the 1970 – 80’s, exhaustive research, digs and archaeological studies were done on the site of Fort Gratiot, and it was determined that the two structures were authentic and were once a single structure. In 2000-02, the Port Huron Museum acquired both homes and moved them to a lot in Lighthouse Park, owned by the City of Port Huron. They were aligned side-by-side in a stockade fenced lot, awaiting funds and opportunity. In 2012, a group dedicated to the restoration of the oldest wooden structure in St. Clair County, began to restore in phases, as funding became available. They pledged to create a significant tribute to our military, medical and community heritage, and work is ongoing. Future plans are furnish the inside with artifacts and exhibits telling the story of medical and military history of the area.

The Hospital is available for tours as part of the regular admission to the Fort Gratiot Light Station.

The Fort Gratiot Hospital has come a long way! In the past 3 years, the Fort Gratiot Hospital Heritage Committee has put in a lot of time and effort to have the outside of the building almost completely renovated. In 2016, an exact duplicate of the original front porch and shutters were added. Renovation of the outside of the building continued, and in 2018, the back porch was installed, along with an access ramp. The last feature waiting to be installed outside is the rain gutters. With the outside shell more or less complete, Port Huron Museums will be moving on to indoor restoration to better tell medical and military history of the area.

Interested in joining the Fort Gratiot Hospital Heritage Committee? Email us at info@phmuseum.org to learn more about the group and for our next planned meeting! We would love to have you join us! 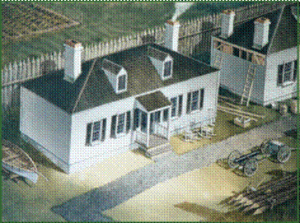 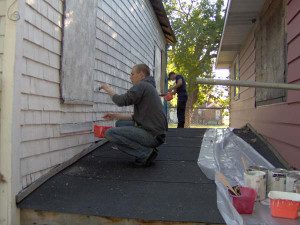 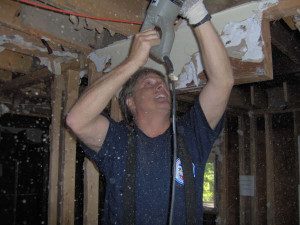